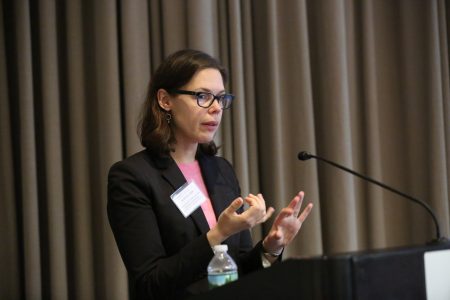 According to Centers for Disease Control and Prevention (CDC) estimates, about 1 in 68 children in the United States have an autism spectrum disorder (ASD). At ADAPT, we have over 500 children in our preschool and school age programs with developmental disabilities which includes autism.

The workshop series began in February 2017 and was extremely well received and well-attended by families, caregivers, and professionals who either have a child or student with autism. Other individuals and organizations in the field striving to achieve the same goals, regardless of diagnosis, were also invited to attend.

“The most meaningful parts of the program were the visual strategies, resources provided, and techniques I can use to address my son’s anxiety,” said a parent in attendance. Another parent concurred, “For me it was the opportunity to learn about applied behavior analysis and connecting with others dealing with ASD.”

Some of the topics included: The Importance of Social Skills: The What and How of Making and Keeping Friends; Using Social Stories and Visual Supports to Build Coping Skills in Children with ASD; and Organizational Skills for Children with ASD.

The last workshop in the series, Music and Able the Child: A Composition of Wholeness, was held June 18th, and was presented by Dr. Rebecca Loveszy, Clinical Director and Richard Loveszy, Managing Director of Music Therapy Services of New York. Other presenters for the autism workshop series included independent consultant/trainers, as well as NYU Langone Child Study Center’s Sarah Kern, Christina Bartolo, Dr. Katherine Sullivan, and other professors and specialists on Autism Spectrum Disorder (ASD).