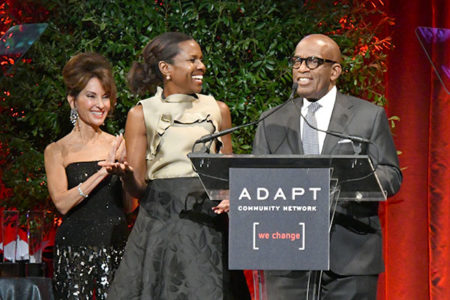 On Thursday, March 8th, nearly 500 guests attended the sold-out ADAPT Leadership Awards Gala at Cipriani 42nd Street.  The event raised over $600,000 for services and programs benefiting the thousands of children and adults with disabilities in New York City supported by ADAPT Community Network.

This event couldn’t have been possible without the generosity of our many sponsors and supporters who helped make the evening so memorable.  Save-the-date for next year’s event, Thursday, March 14, 2019.