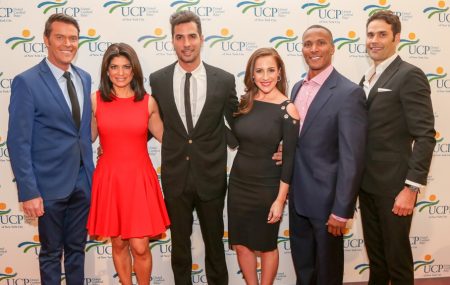 This year’s Santa Project Party was a festive and fun occasion which drew over 250 young professionals, staff and celebrity guests to raise funds for a great cause. The event, held on December 6th at the Downtown Association, raised over $75,000 for UCP of NYC’s students with disabilities and their families, as well as the students and families at its affiliated organization, New York League for Early Learning.